The first activities of the day centred around the question “How healthy were people in Islington between 1575 and 1780?”.  As on the afternoon of Day One teachers recapped the agreed factors for keeping people healthy and groups received sets of cards summarising aspects of the development of public health in Islington between 1575 and 1780 (click on link to PowerPoint B below). This was a period when the villages of the current borough expanded and although still noted for fresh air and green fields, fashionable crowds flocked to “take the waters “ of the natural springs also frequenting the popular pubs and bowling greens. 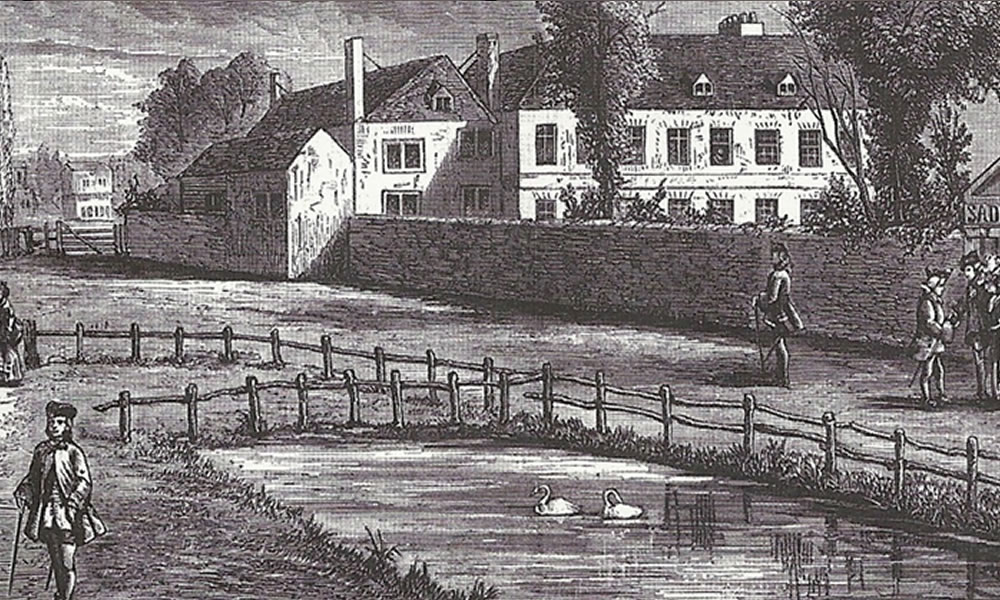 As before through class discussion, the cards were plotted on the class live in graph extending it from 1170 to 1780 showing the classes` opinion of how public health fluctuated. The biggest dip could have been in 1665 when 100,000 Londoners died during the Great Plague, but in fact there was only one recorded death in the outlying village of Islington and he was a refugee from the city. (This reference reinforced prior learning about the impact of the Great Plague on London self through analysis of original documents at London Metropolitan Archives on the previous afternoon).

At this point pupils were given the opportunity to try on Artefact Four , a replica plague doctor’s mask and hat, of the type used when victims of the plague were treated in 1665 and also view Artefact Five, a facsimile of Culpepper’s Complete Herbal, a catalogue of British herbs and their medicinal properties written in the seventeenth century (1652) 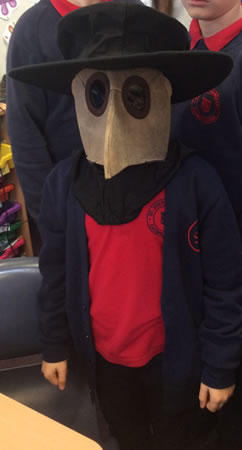 After agreeing on the living graph`s pattern, teachers referred pupils back to the swingometer referring to beliefs about responsibility for public health. Pupils discussed whether beliefs have shifted for the period 1575 to 1780, compared to 1117 to 1575.

Teachers introduced pupils to the third enquiry question “How healthy were people in Islington between 1780 and 1858?”

The period from 1780 to 1858 was when the current borough of Islington experienced probably the greatest period of change in its history. 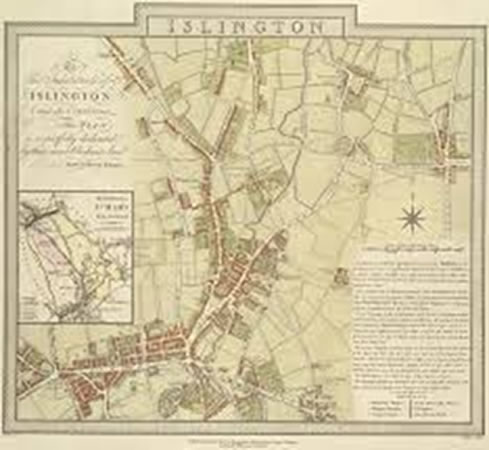 The villages of Finsbury, Clerkenwell and Islington became densely populated suburbs of London as people migrated to live and work in the rapidly expanding city during the Industrial Revolution. Many areas were dominated by poorly built, badly maintained and overcrowded slums with no access to clean water. Most sewage ended up in the filthy River Thames and cholera among other fatal diseases claimed the lives of thousands. While medical knowledge advanced, it was not yet understood that germs carried disease and attempts to improve public health as a whole were tentative and piece meal. As background to the period teachers selected child friendly websites for pairs of pupils to research and report on prevalent Victorian diseases.

Next as before pupils were provided with sets of cards summarising developments in public health in Islington between 1780 and 1858 (see link to PowerPoint C below). There were many factors which affected public health in the area, far more so than in earlier periods necessitating the creation of many more cards.   As pupils might have been overwhelmed if they had been presented with all the information on all the cards at once, different strategies were used for organising their use (See Document C for alternatives). However each strategy resulted in the same outcome, where classes extended the pattern of the class living graph showing public health developments between 1780 and 1858 and in all from 1170.As before pupils also determined where to point the indicator on the swingometer of beliefs about public health (this time it showed a shift towards the government taking responsibility for public health).

Pupils were also able to handle further medical artefacts relating to medicine in the nineteenth century. These included;

In the afternoon, both classes were walked from school to another local site important to the development of public health development between 1780 and 1858, what is now Spa Fields Play Ground.

This was once the garden of a Protestant nonconformist (non-Church of England) chapel.

One of the side-effects of the population rise during the early nineteenth century was the corresponding increase in mortality rates, worsened by overcrowding in insanitary slums. Practising (or nominal) members of the established Church of England were entitled burial in the churchyard of existing Anglican churches. Over time, these burial grounds became desperately overcrowded and usually did not take the bodies of those belonging to other churches (or none). To help meet this demand any available land such as the garden of Spa Fields Chapel could be purchased and families charged for burying their dead there. According to the original 1780’s lease 2722 burials were authorised. Instead by the 1840s as housing built up around the site there were more than 80,000 burials on the site. Yet how was it feasible to continuously admit new bodies on an already overcrowded burial-ground?

During 1845, local residents complained of foul smelling smoke rising from the charnel house where bodies were prepared for burial. Official investigations discovered horrifying evidence of coffin wood and human remains (sometimes quite recent burials) being burned to make way for fresh graves. During the very public scandal which followed, a gravedigger gave moving evidence in court of the grim details. 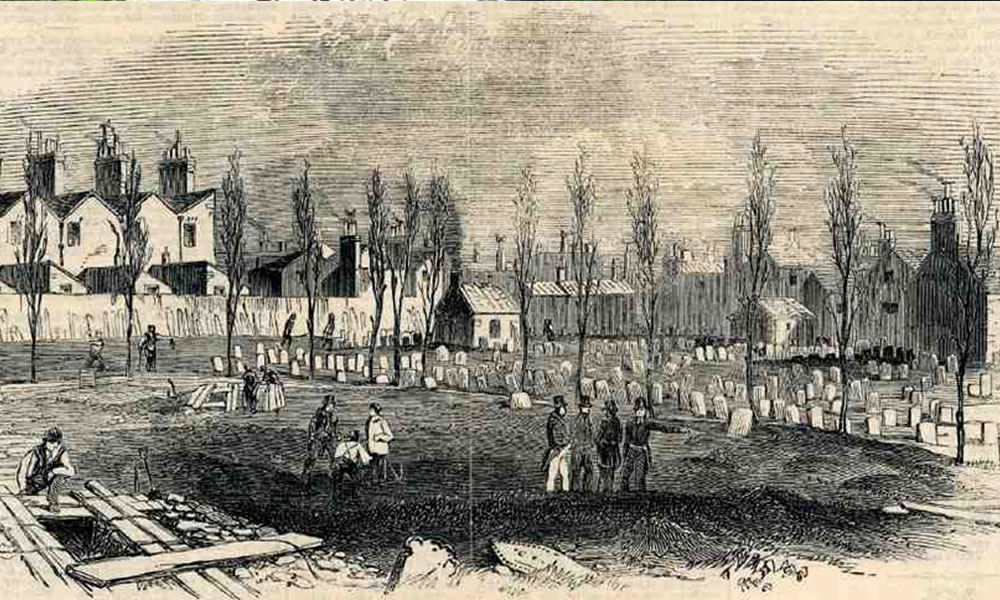 On-site classes were initially asked for adjectives that might describe the site today (without being told about its past). They were then shown an image of what it looked like in 1845, standing by the building which houses maintenance equipment and which is on the site of the old charnel house. 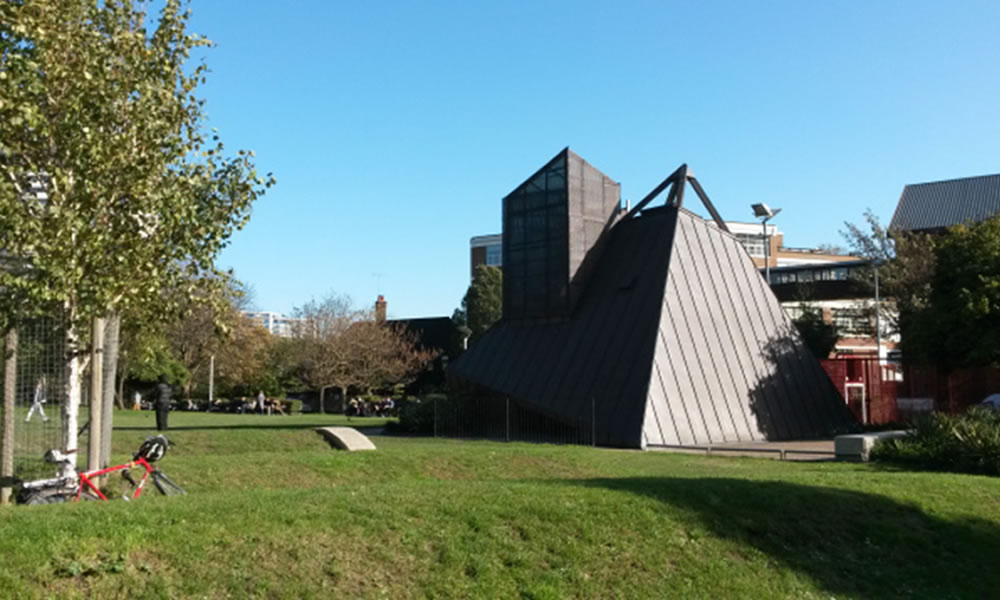 Classes then listened while part of the original gravediggers account in court was read to them dramatically – (The transcript of the text is given on Slides Thirty Seven of PowerPoint C. Wording in italics represents added elaboration so pupils could access the text more fully. Details deemed too sensitive could be left out- an alternative would be to summarise the testimony as a story, leaving out selected details).

Finally pupils were asked how this burial ground might have contributed to poor public health (soil and water could become contaminated from bodies buried packed close together and on top of each other, gravediggers could catch diseases from dead bodies, air was polluted from the smoke of dead bodies). Pupils were reminded of details in the earlier card sort for 1780 to 1858 about how new graveyards were created through consistent regulations for safe and properly spaced burials during the 1850s as part of public health reforms (the Spa Fields Burial Ground itself was closed in 1853).